Following a teaser published just last week, the fourth-generation Rio is now showing its more upscale appearance in several revealing images published this morning by Kia. In charge of the styling were the company’s design centers in Germany and California that also received input from the global design headquarters located at home in Namyang, South Korea.

They have certainly done a great job as the all-new Rio looks substantially more refined than its predecessor, both inside and out. The supermini uses the company’s latest take on the corporate ‘tiger nose’ grille which in this new iteration is wider and thinner. The bi-function projection headlights are an evolution of the previous model’s clusters, but are now thinner and are hosting a new U-shaped LED signature for the daytime running lights.

Moving at the back, Kia is giving its new B-segment car more sculpted taillights incorporating a fresh LED light signature shaped like an arrow which should look very nice at night. The rear end is more upright than before and it’s partially because of the near-vertical rear glass, while the overhang has been shortened for the same purpose. 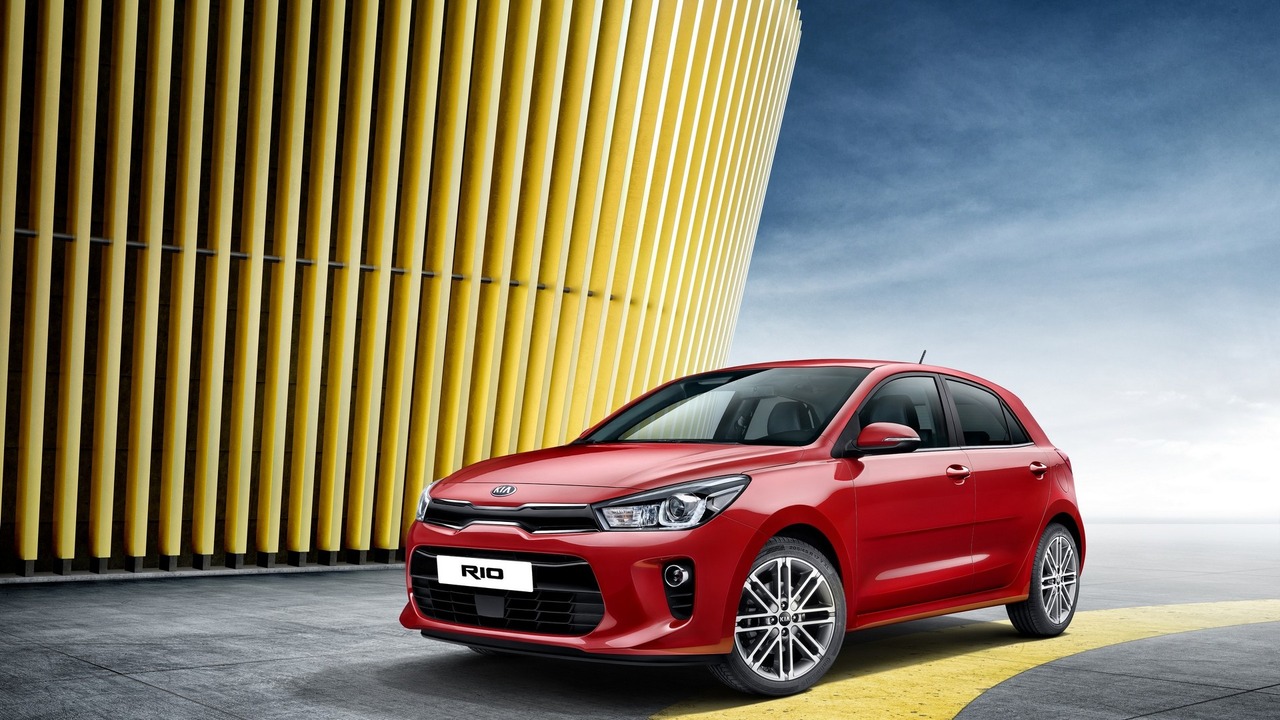 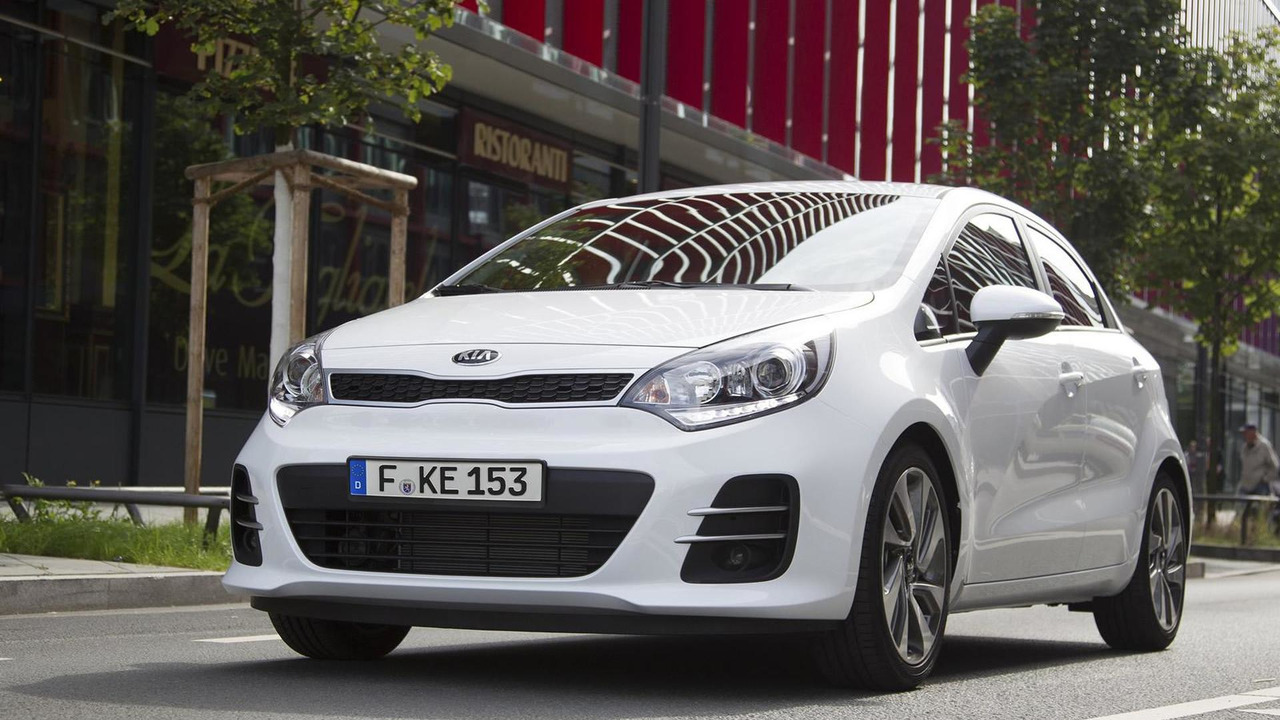 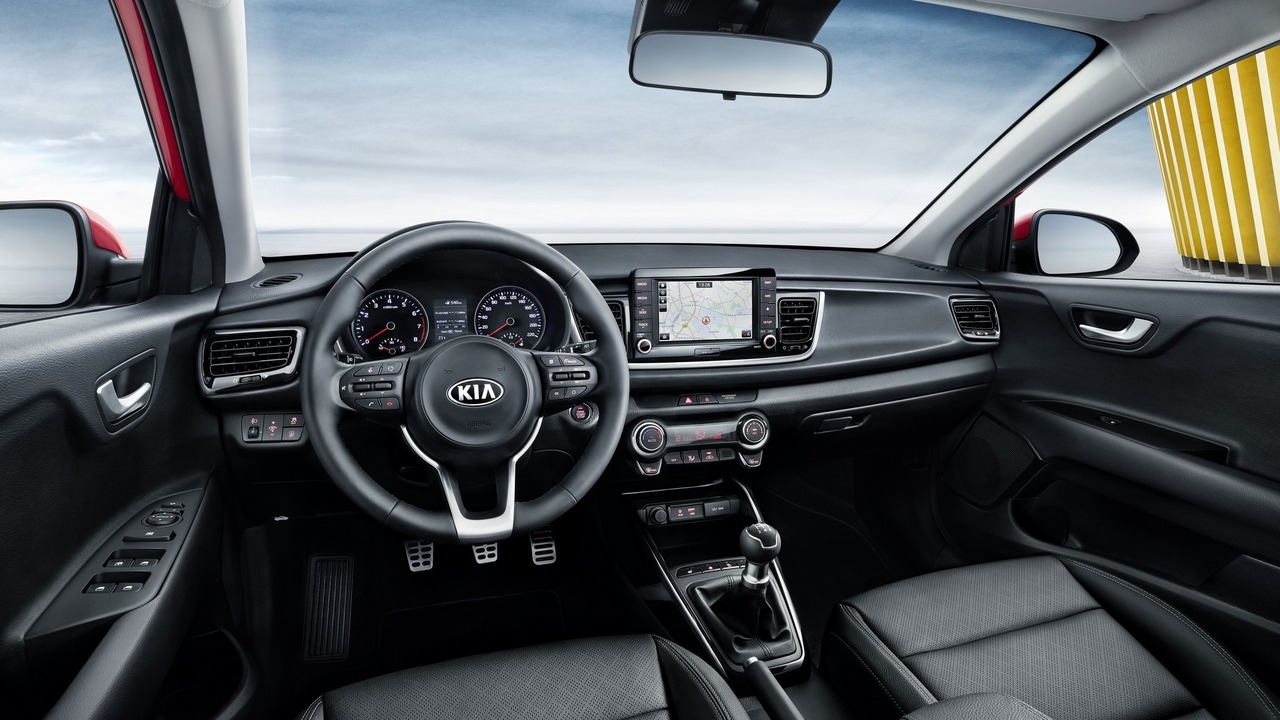 Stepping inside the cabin, it looks more upmarket than before thanks to a new infotainment system which has eliminated some of the physical buttons. The dashboard is now more driver-oriented and there’s a new leather-wrapped steering wheel with lots of buttons to control some of the car’s functions. The pictures are obviously showing a higher-spec model which has all the bells and whistles, including heated front seats, sat-nav, black artificial leather, and a combination of glossy black and metallic accents.

The jump in size will allow the 2017 Rio to provide class-leading practicality, according to Kia. That means trunk capacity has grown beyond the outgoing model’s 288 liters with the rear seats up and 974 liters once you fold them down. Kia is going to offer black or grey cloth seat upholstery, as well as an optional ‘red pack’ adding black & red artificial leather-trimmed seats for those who want to spice things up.

A public debut is scheduled on September 29 at the Paris Motor Show, with production for European markets scheduled to begin before the year’s end.