Hotter crossover-coupe will officially debut at the 2016 Paris Motor Show.

Hotter crossover-coupe will officially debut at the 2016 Paris Motor Show.

Never mind the fact that the Mercedes-Benz GLC Coupe isn’t actually a coupe, the swoopy five-door is following in the footsteps of its more conventional sibling with the addition of this AMG GLC43 variant. Featuring a biturbocharged V6 and a retuned suspension, this hotter GLC ought to be pretty nice to drive, striking a great balance between the base GLC300 and upcoming (we hope) GLC63.

Under the hood, Mercedes uses the same AMG-tuned engine found in the rest of its 43-series range, a biturbo 3.0-liter V6 with 362 horsepower and 384 pound-feet of torque. That’s enough power to propel the all-wheel-drive crossover-coupe to 60 miles per hour in just 4.8 seconds, all that power being managed by Merc’s super-smooth 9G-Tronic nine-speed automatic transmission.

Mercedes’ usual Dynamic Select modes are fitted to the GLC43, with Eco, Comfort, Sport, Sport+, and Individual modes offering a broad spectrum of driving characteristics. Plus, the 4Matic all-wheel-drive system is retuned for AMG duty, with a default torque split of 31 percent to the front and 69 percent to the rear. The suspension is retuned, as well, and honestly, if this thing drives anything like the C450 AMG Sport (soon to be C43) on which its based, we expect very good things. 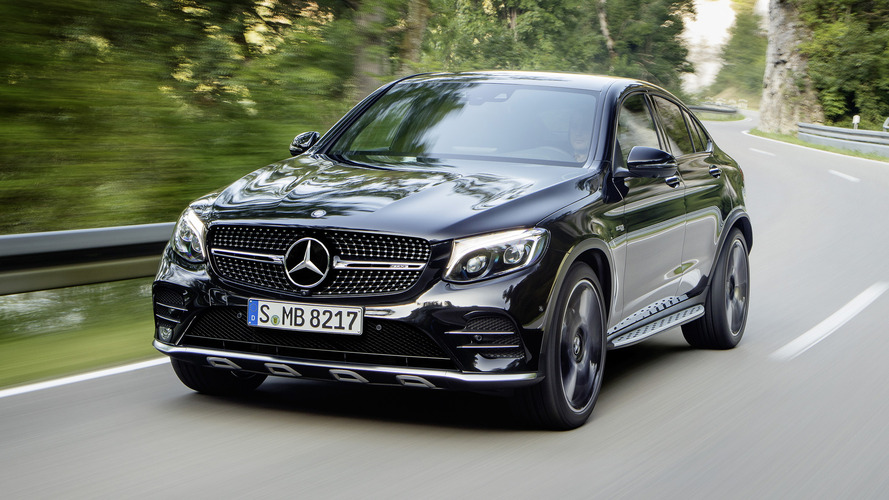 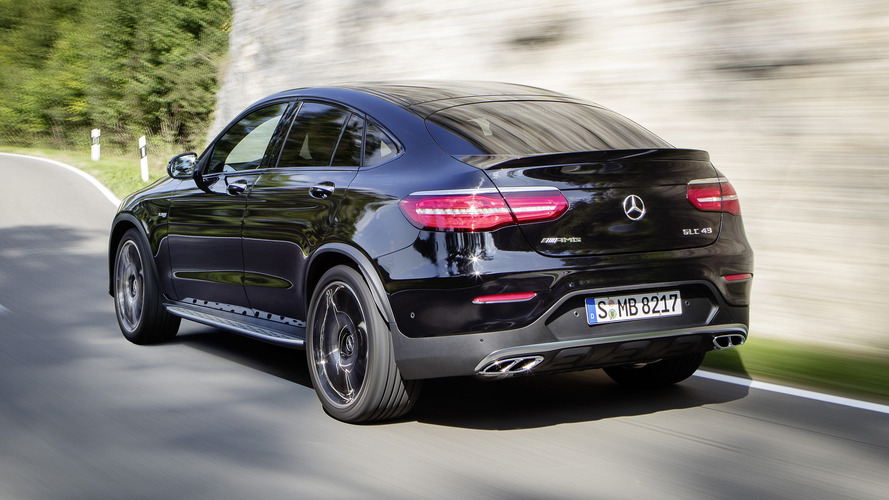 Really, the AMG GLC43 Coupe’s only competitor right now is BMW’s X4 M40i. Comparing the two where it counts, the GLC is more powerful by 7 hp and 41 lb-ft, and is about half a second quicker to 60 mph. And, if you ask us, the Mercedes looks way better.

We won’t have to wait long to see the Mercedes-AMG GLC43 Coupe – it’ll bow at the Paris Motor Show in late September. Global sales will kick off shortly thereafter, with U.S.-spec models set to arrive in the first quarter of 2017, following the launch of the GLC300 Coupe.